FOR IMMEDIATE RELEASE: Coaches Turn Attention to New MLB­Level Tournament Complex in the Midwest as the 2017 Youth Baseball Season Approaches.

The unveiling of America’s most sophisticated youth baseball stadium campus coupled with the relocation of the Cal Ripken World Series has attracted the attention of youth baseball coaches seeking an MLB­style experience for 10U­13U teams combined with a great family vacation.

Branson, MO (February 8, 2017) – With the completion of the $16.25­million MLB­style Ballparks of America in Branson, Missouri, the competitive youth baseball ‘super­plex’ is aggressively processing 10U­13U team registrations from across the country.

The recent announcement of Babe Ruth League, Inc. to relocate the Cal Ripken Major/70 12U World Series after a 13­year run in Aberdeen, Maryland has youth baseball coaches seeking new opportunities for their teams at Ballparks of America in Branson, Missouri. This, along with the unveiling of what many proclaim ‘the nation’s most iconic stadium for youth baseball’, the new ‘St. Louis Stadium’ is the campus keystone.

In August 2017, this 2/3­replica MLB stadium will host the Cal Ripken Major/70 12U World Series in which 16 teams from eight countries around the world will travel to Branson to compete for the World Championship. In 2016, the tournament title was claimed by Japan after defeating U.S. champion Kennewick, WA 7­-0.

Babe Ruth League Vice President Robert Faherty, Jr. said in the announcement: “In awarding a World Series, we look for an area that, in addition to offering a competitive athletic experience, can also offer a diverse cultural and educational experience. Branson, with its reputation as a major tourist destination that is as rich in history as it is in entertainment, certainly meets all of the requirements to offer a fun and memorable time for all.”

Hamilton Chang, CEO and co­founder of Ballparks of America responded: “We are honored that our facility was selected as the new home of this World Series event and value our relationship with the Babe Ruth League and Mr. Faherty. The response has been remarkable, as this announcement also ignited registrations for our regular 10­week tournament season preceding the Cal Ripken World Series. Within a matter of days of the announcement, interest has spiked from teams across the nation in our 10U, 11U, 12U and 13U weeklong competitive youth baseball throughout the season.

” Featuring five MLB­replica fields across history, the facility currently has the capacity to house 40 teams each week from Memorial Day through August in air­conditioned team suites fashioned after MLB clubhouses – all outfitted with private showers, HDTV, individual lockers and secure access. Teams and families will enjoy a day off to explore the best of Branson’s entertainment, attractions, golf courses and recreational lakes. White Water Park, and a multi­tiered go­cart track and zipline are located next door, and the award­winning Silver Dollar City Theme Park is less than 5 miles from campus.

City of Branson Mayor Karen Best shared, “As a devoted baseball fan, I consider it a great honor to host hundreds of young, aspiring baseball players and their families for a week of competitive baseball while enjoying all that Branson has to offer. The youth sports travel market is experiencing amazing growth nationwide, reporting nearly $9­billion in the last few years and tracking approximately 3% annual growth nationally. We are grateful for the addition of this amazing youth baseball facility to our region.”

Branson is a family­friendly vacation destination nestled in the Ozark Mountains with an emphasis on customer service and hospitality excellence as noted by Robert Faherty: “The Cal Ripken World Series is not just about the baseball, it’s about the community and fans from around the world who come to interact with one another.” Mayor Best adds: “Tourism is Branson’s primary industry, hosting more than six million visitors each year. Our guests rave about their positive experiences throughout the city, including those who visited last summer to compete at Ballparks of America while it was still in development. Although only two of the five fields were available in that 2016 season, those teams have shared their baseball memories with us all year long, and have already registered to return in 2017!”

Registration is open for 2017 Ballparks of America tournaments through April 1, 2017 or until remaining slots are filled for 10U, 11U, 12U and 13U teams. Due to strong demand, early registration is highly encouraged.

For media inquiries, contact Hamilton Chang, CEO and ‘Chief Baseball Dad’ at 847.778.4887 or via email at: Hamilton@BallparksOfAmerica.com.

About Ballparks of America:

Ballparks of America offers America’s Finest Youth Baseball Tournaments. Our goal is simple – to allow 10 to 13 year olds to experience the joy of BFF: Baseball, Friends and Family. We do this first by offering players the opportunity to play at 2/3­size replicas of 5 iconic stadiums spanning the history of baseball. From lighted premium synthetic turf fields to ivy, you’ll feel like you’re in the Big League. Plus, we’re one of the only stay­and­ play facilities nationwide where players experience a week rooming with friends at our MLB­style Team Suites outfitted with HDTV, spaces to hang­out and rec rooms for off­diamond games. All residence halls are air conditioned and feature private showers to add to the professional experience. And for the whole family, Ballparks of America is placed in the heart of the breathtaking Ozark Mountains in the family­focused vacation destination of Branson, MO, voted #1 in Trivago’s “2016 U.S. Best Value Cities” for Vacations Destination, and ranking in TripAdvisor’s “Top 25 U.S. Destinations” five years in a row. You’ll be steps from some of America’s finest theme parks, designer label shopping and a variety of dining options, three pristine lakes famous for record bass fishing and recreational water sports like sailing, skiing and parasailing, as well as a 100­mile hiking trail network and a dozen award­winning golf courses. 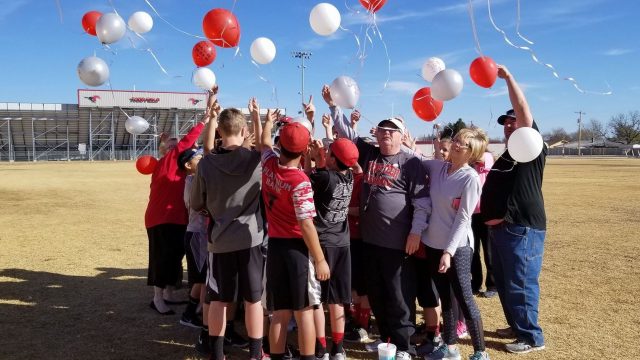